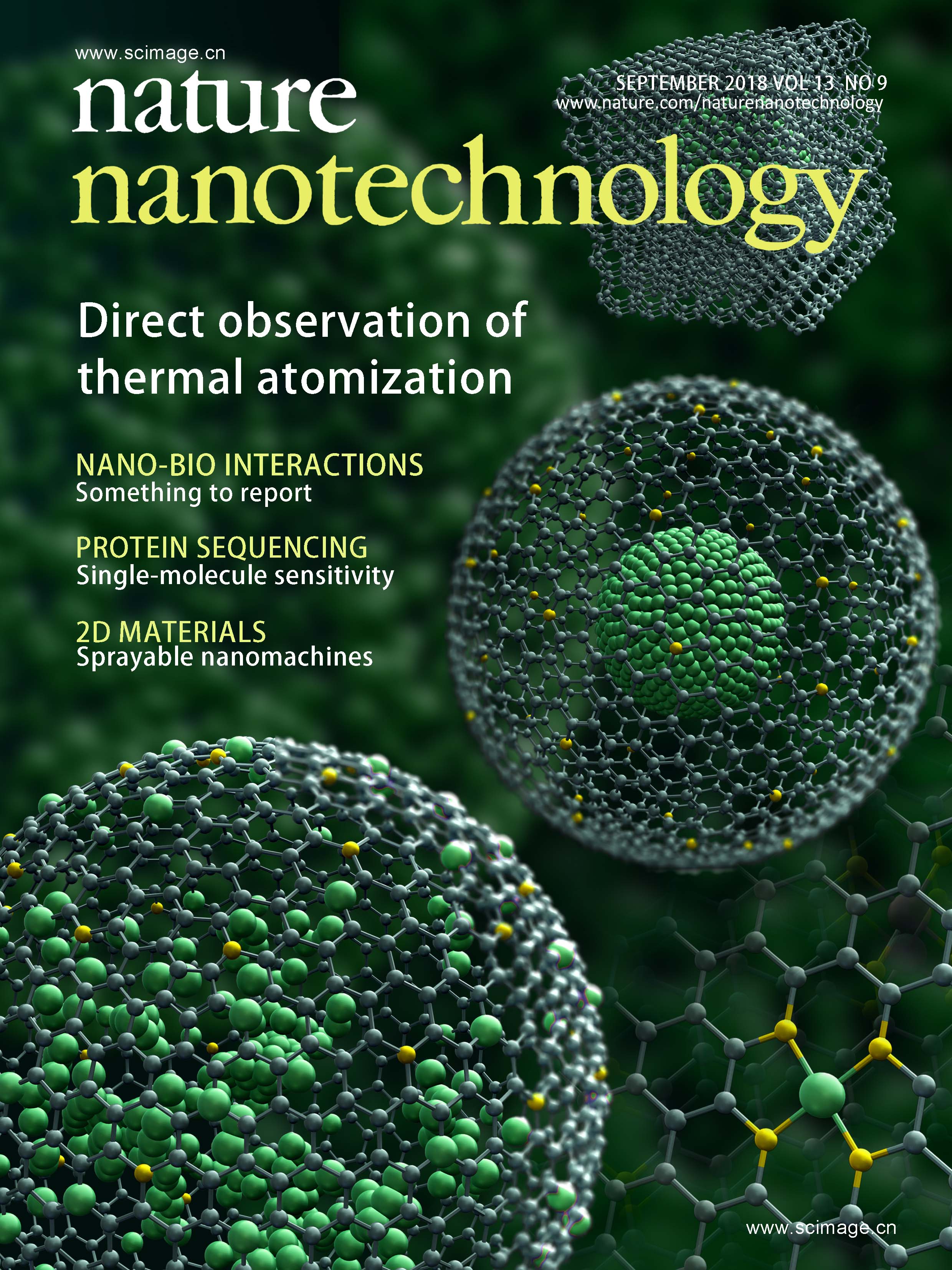 Direct observation of thermal atomizationMetal atoms tend to sinter at high temperature, leading to a decrease in the reactivity of atomically dispersed catalysts. Y. Li and co-workers report an unexpected phenomenon. After encapsulating palladium, platinum and gold nanoparticles in ZIF-8, they observed the progressive atomic dispersion of these noble metal atoms as single sites in the nitrogen-doped carbon derived from ZIF-8 pyrolysis. The cover is an artist's depiction of the thermal atomization process that requires the interaction of noble metal atoms with the defects of N-doped carbon. The thermally stable single atoms exhibit promising performance towards the semi-hydrogenation of acetylene.