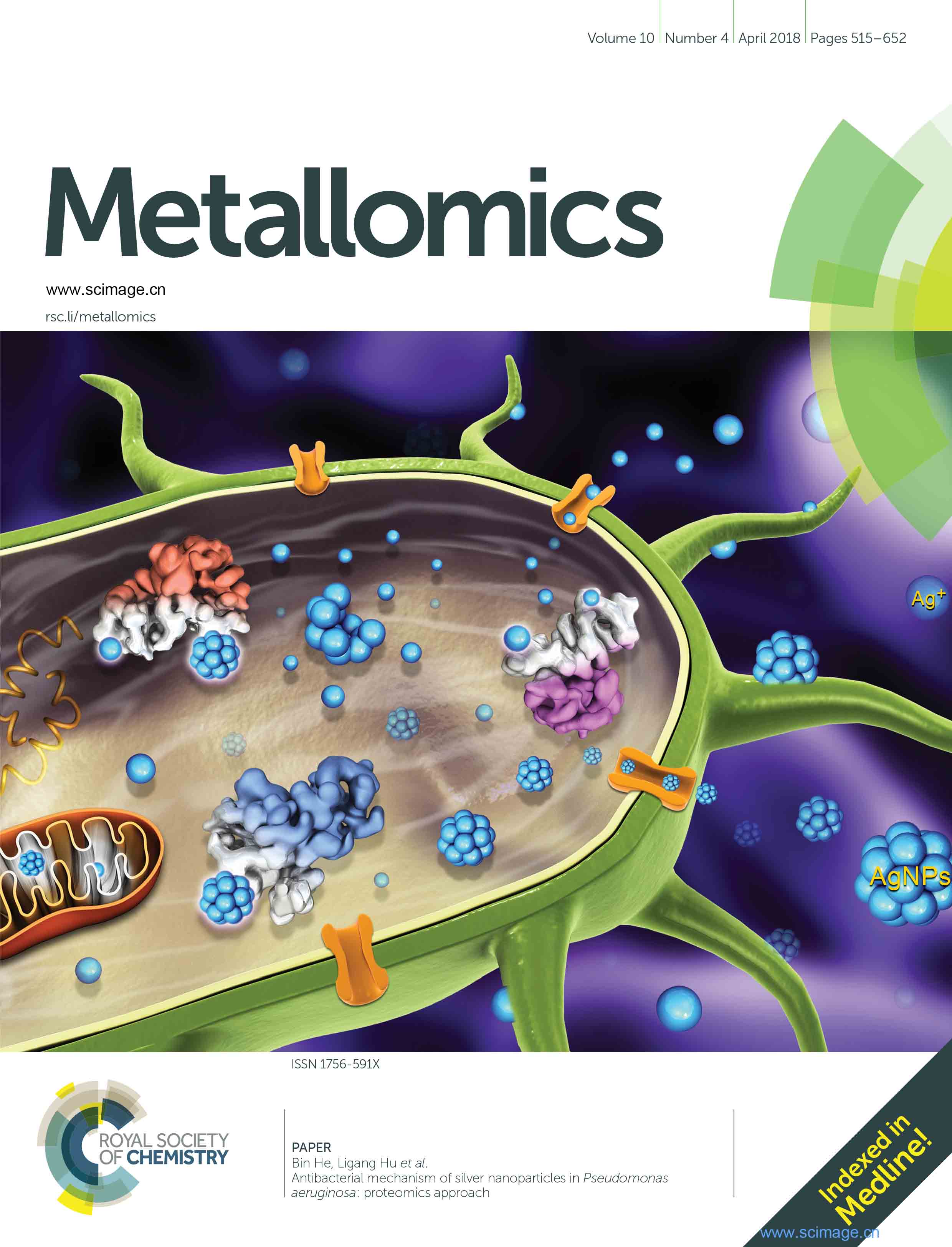 Silver nanoparticles (AgNPs) are the nanomaterials most widely used as antimicrobial agents in a range of consumer products, due to the environmental release of either the AgNPs themselves or silver ions. Although AgNPs appear to be more potent than silver ions, the mechanism behind the activity is not fully elucidated yet. The most common mechanism of toxicity of AgNPs proposed to date is the release of silver ions and/or the particle-specific functions. In this study, Pseudomonas aeruginosa (a model for Gram-negative bacteria) was treated with AgNPs, and its proteomic response was comprehensively characterized to elucidate the antimicrobial mechanism of AgNPs in the microorganism. In total, 59 silver-regulated proteins (27 up-regulated and 32 down-regulated proteins) and 5 silver-binding proteins were identified. Bioinformatic analysis revealed that interference with the cell-membrane function and generation of intracellular reactive oxygen species (ROS) were the main pathways for the antibacterial effect. The pattern of membrane proteins regulated by AgNPs was similar to that found for silver ions. In addition, the same silver-binding proteins were obtained with both AgNPs and silver ions, which indicated that AgNPs probably affect the cell membrane and react with proteins by releasing silver ions. The elevation of intracellular ROS relative to that with silver ions confirmed oxidative damage caused by AgNPs, which may be ascribed to the nano-characteristics and higher uptake efficiency of the particles. These results demonstrate that the antimicrobial activity of AgNPs is due to the synergistic action of release of dissolved silver ions and particle-specific effects. The proteomic analysis of silver-binding and silver-regulated proteins in the present study provides insight into the mechanism of antimicrobial activity of such nanomaterials.