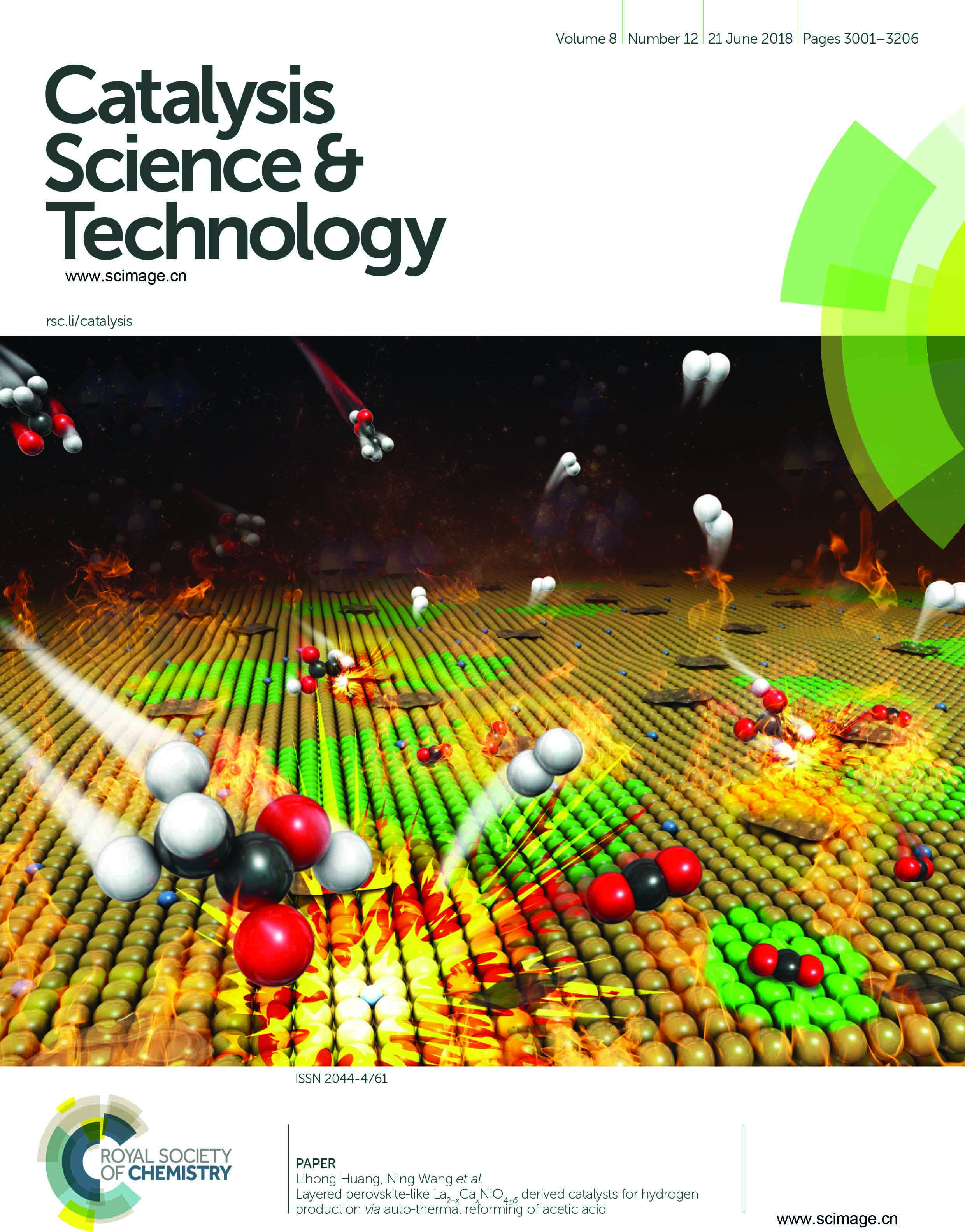 Acetic acid from bio-oil is a renewable resource for hydrogen production. Layered perovskite-like Ca-doped La2−xCaxNiO4±δ (x = 0, 0.5, 1, 1.5 and 2) catalysts were prepared via a sol–gel method and tested in auto-thermal reforming (ATR) of acetic acid (AC) for hydrogen production. XRD, TPR, BET, XPS, TG, SEM and TEM characterization was carried out; the results show that the layered perovskite-like structure was the main phase in La2−xCaxNiO4±δ with 0 ≤ x ≤ 1, and La–Ca–O composite oxide species increased with increasing calcium content, while the reducibility of Ni metal was gradually enhanced as well. During the ATR process, La2O2CO3 and CaCO3 species were generated and nickel particles were stable, suggesting that partial substitution of La by Ca in La2−xCaxNiO4±δ was beneficial to stabilizing Ni particles with less coking. As a result, over the LaCaNiO4±δcatalyst, the AC conversion reached 100% and the hydrogen yield remained stable near 2.80 mol-H2 per mol-AC during the ATR test.