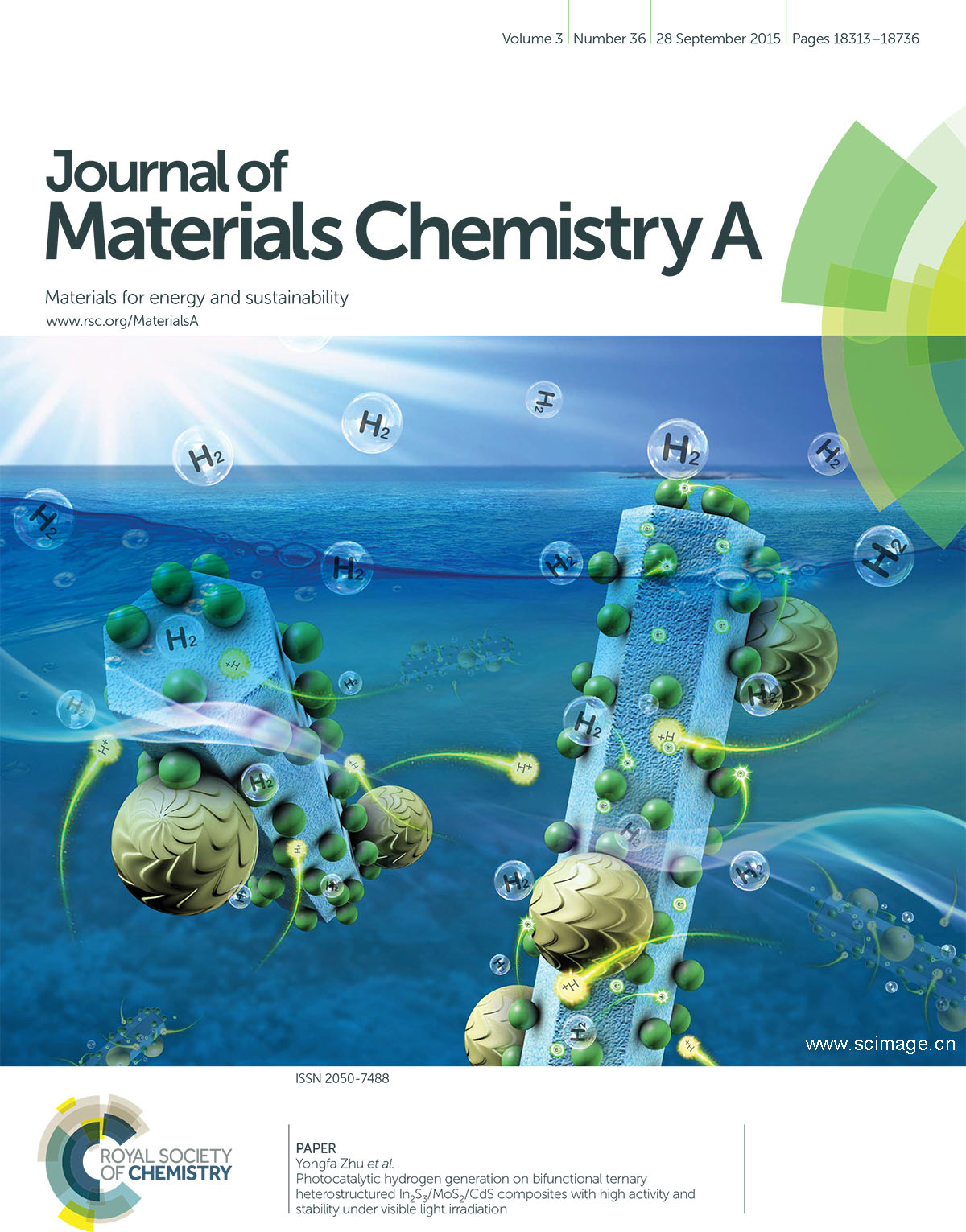 期刊
Journal of Materials Chemistry A

摘要
A bifunctional ternary heterostructured In2S3/MoS2/CdS composite photocatalyst with high activity and stability under visible light irradiation was fabricated via a simple hydrothermal method. The bifunctional ternary heterostructured photocatalyst displayed higher activity for photocatalytic hydrogen evolution than GO/CdS and rGO/CdS composites and can be compared with the hydrogen-gennerating efficiency of systems containing the well-known Pt co-catalyst. But above all, the photocorrosion of CdS was also suppressed effectively. The heterojunction structure between MoS2 and CdS promoted the interfacial charge transfer process, suppressed the charge recombination and enhanced the performance of photocatalytic hydrogen generation. Due to the well matching of the VB of CdS with that of In2S3, holes on the VB of CdS could be easily transferred to that of In2S3via the heterojunction structure between In2S3 and CdS, which prevented the accumulation of holes on the VB of CdS, inhibited its photocorrosion and dramatically enhanced its stability. The structure sequence and deposition site play an important role in photocatalytic activity: MoS2 deposited on the interface of CdS and In2S3 was more efficient in promoting charge transfer and thus significantly improved the photocatalytic activity of the composite photocatalyst. Our findings pave a way to design bifunctional CdS-based ternary heterostructured composites for highly efficient H2 generation and photocorrosion suppression.