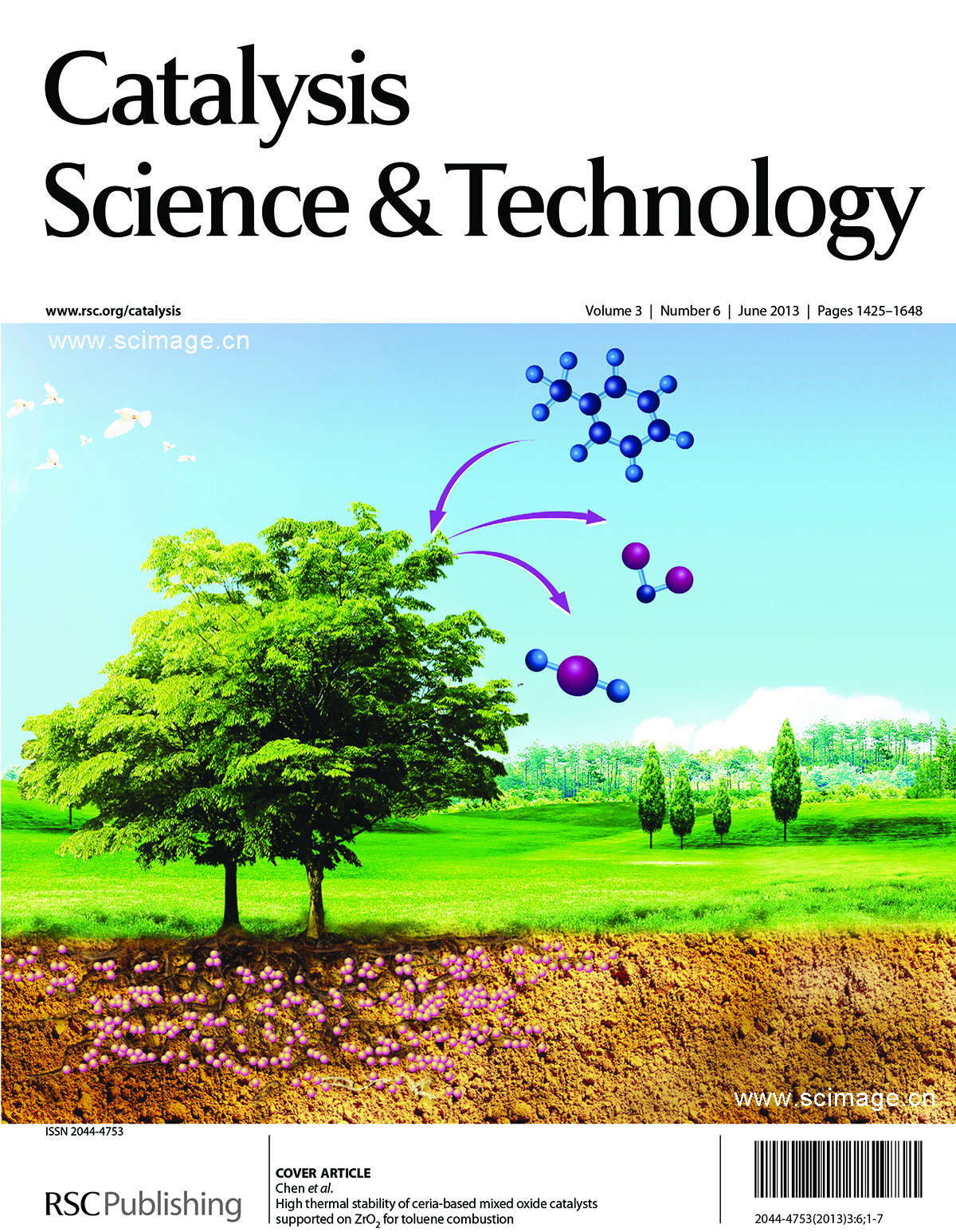 Cu–Mn–Ce mixed oxide catalysts (CMCs) supported on ZrO2 were prepared by an impregnation method. Their catalytic activity was evaluated by a model reaction, that of toluene combustion. 5% CMC/ZrO2 catalysts show a very high activity and thermal stability, and 90% of toluene conversion could be obtained at temperatures below 260 °C, even with the catalyst being annealed at 900 °C. A new phase of Zr0.88Ce0.12O2 in the interface was formed by the interaction between ZrO2 and CMC on the catalyst with low loading. Zr0.88Ce0.12O2 serves as the actual carrier of the active phase, and can significantly improve the thermal stability of the catalyst.