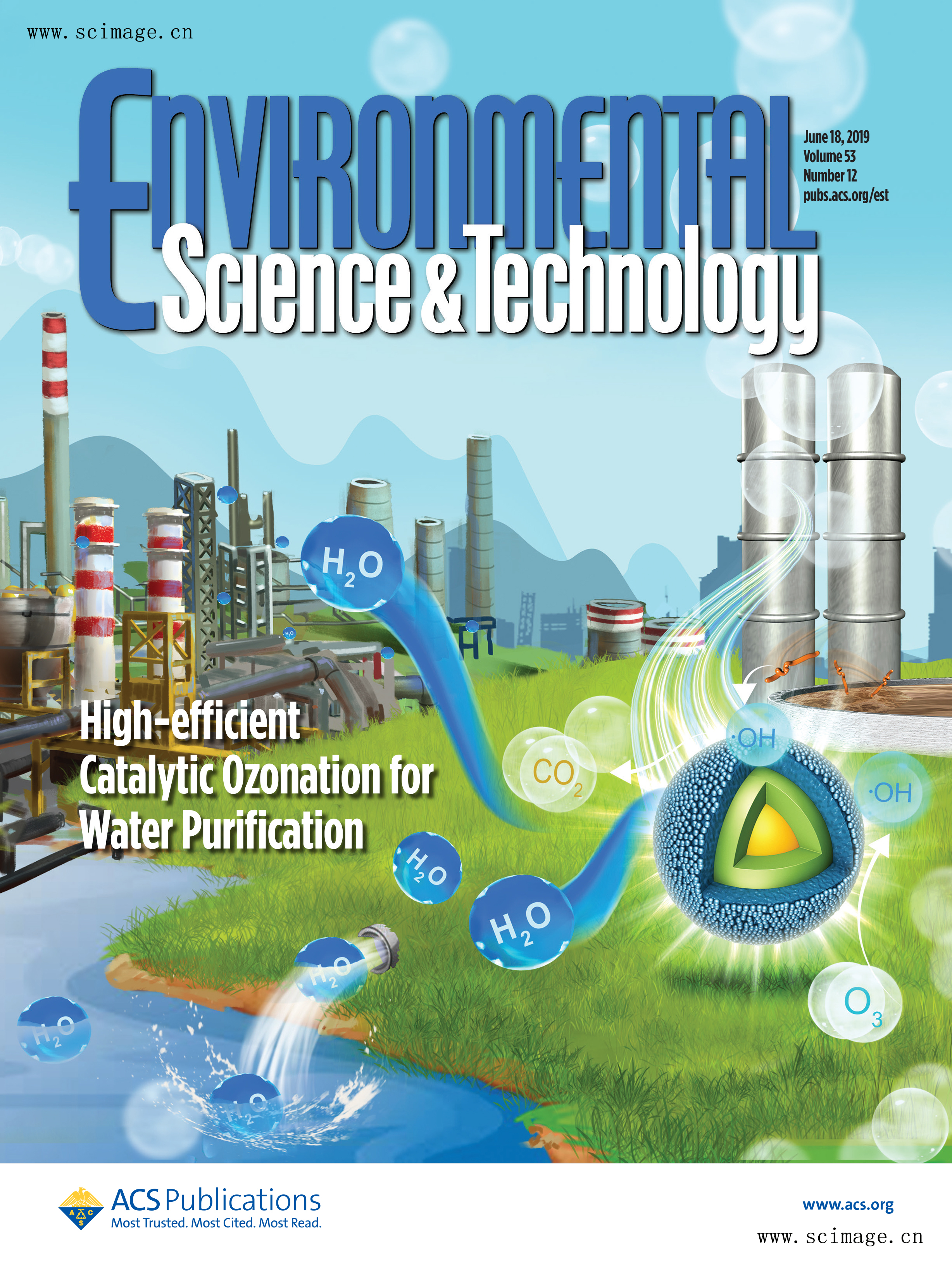 During catalytic ozonation, Al2O3-supported catalysts usually have stable structures but relatively low surface activity, while carbon-supported catalysts are opposite. To encourage their synergisms, we designed a Ni-induced C-Al2O3-framework (NiCAF) and reinforced it with a Cu–Co bimetal to create an efficient catalyst (CuCo/NiCAF) with a core–multishell structure. The partial graphitization of carbon adjacent to Ni crystals formed a strong out-shell on the catalyst surface. The rate constant for total organic carbon removal of CuCo/NiCAF (0.172 ± 0.018 min–1) was 67% and 310% higher than that of Al2O3-supported catalysts and Al2O3 alone, respectively. The metals on CuCo/NiCAF contributed to surface-mediated reactions during catalytic ozonation, while the embedded carbon enhanced reactions within the solid–liquid boundary layer and in the bulk solution. Moreover, carbon embedment provided a 76% increase in ·OH-production efficiency and an 86% increase in organic-adsorption capacity compared to Al2O3-supported catalysts. During the long-term treatment of coal-gasification wastewater (∼5 m3 day–1), the pilot-scale demonstration of CuCo/NiCAF-catalyzed ozonation revealed a 120% increase in ozone-utilization efficiency (ΔCOD/ΔO3 = 2.12) compared to that of pure ozonation (0.96). These findings highlight catalysts supported on NiCAF as a facile and efficient approach to achieve both high catalytic activity and excellent structural stability, demonstrating that they are highly viable for practical applications.