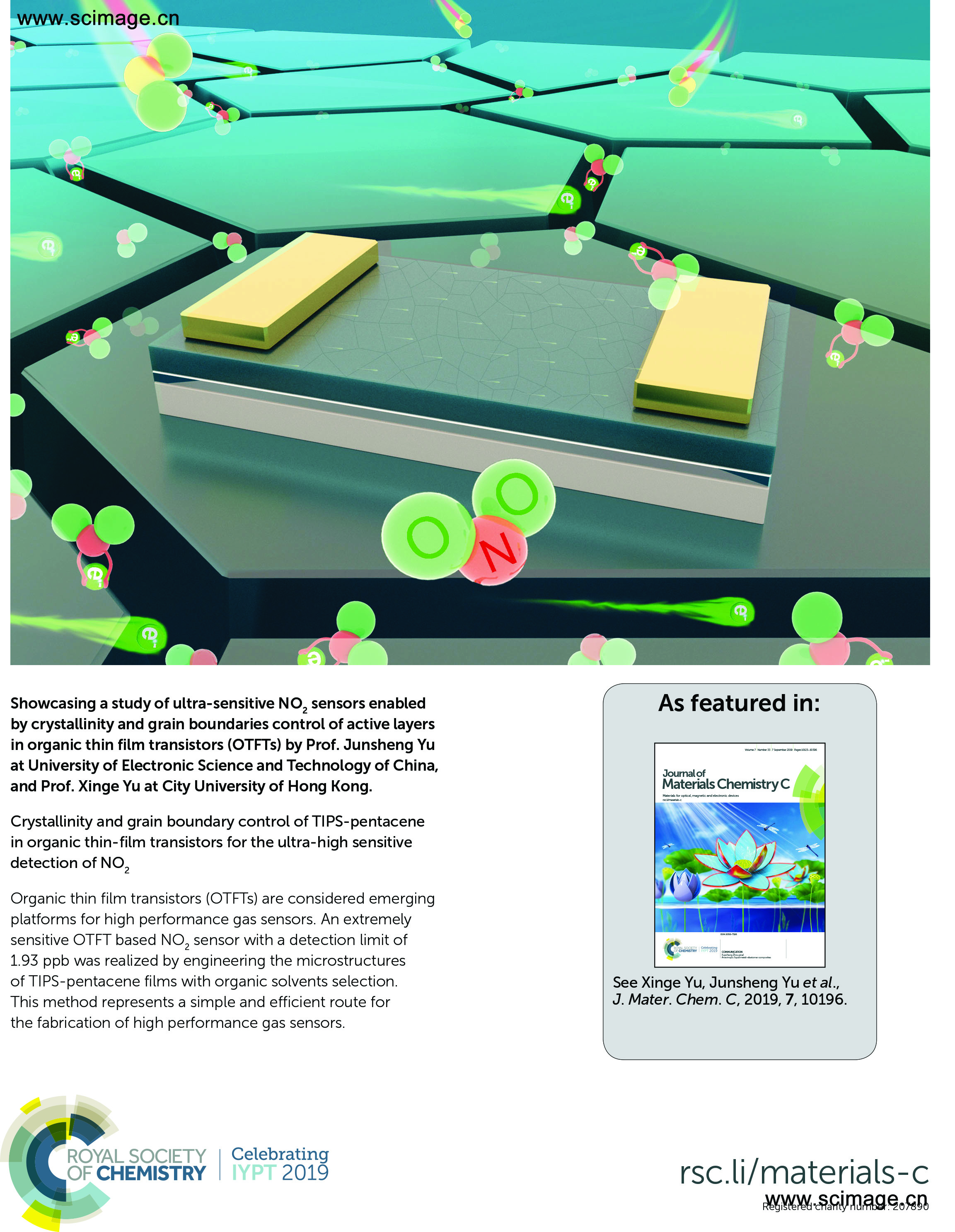 Herein, ultra-sensitive nitrogen dioxide (NO2) gas sensors based on 6,13-bis(triisopropylsilylethynyl)pentacene (TIPS-pentacene) organic thin-film transistors (OTFTs) are reported. These sensors were fabricated by a simple solvent selection method that enabled crystallinity and grain boundary (GB) control and regulation; superior sensitivity of the sensors could be achieved using appropriate organic solvents to balance the crystallinity and density of the GBs in TIPS-pentacene films. o-Xylene was proved to be the best organic solvent for the optimization of the crystallinity and GB density in TIPS-pentacene films. The sensitivity of the sensors processed using o-xylene towards 10 ppm NO2 was more than 58 times that of the devices processed using the chlorobenzene solvent. Importantly, the limit of detection (LOD) of 1.93 ppb was achieved by our best NO2sensors. A series of characterizations and tests, including morphology, crystal structure, and surface chemical group measurements, were carried out to illustrate the sensing mechanism. Moreover, the real-time sensing, reproducibility, selectivity, and low gate-voltage tests of these devices were conducted, and the results demonstrated that the selection of an appropriate solvent was essential to achieve high-performance gas sensors.