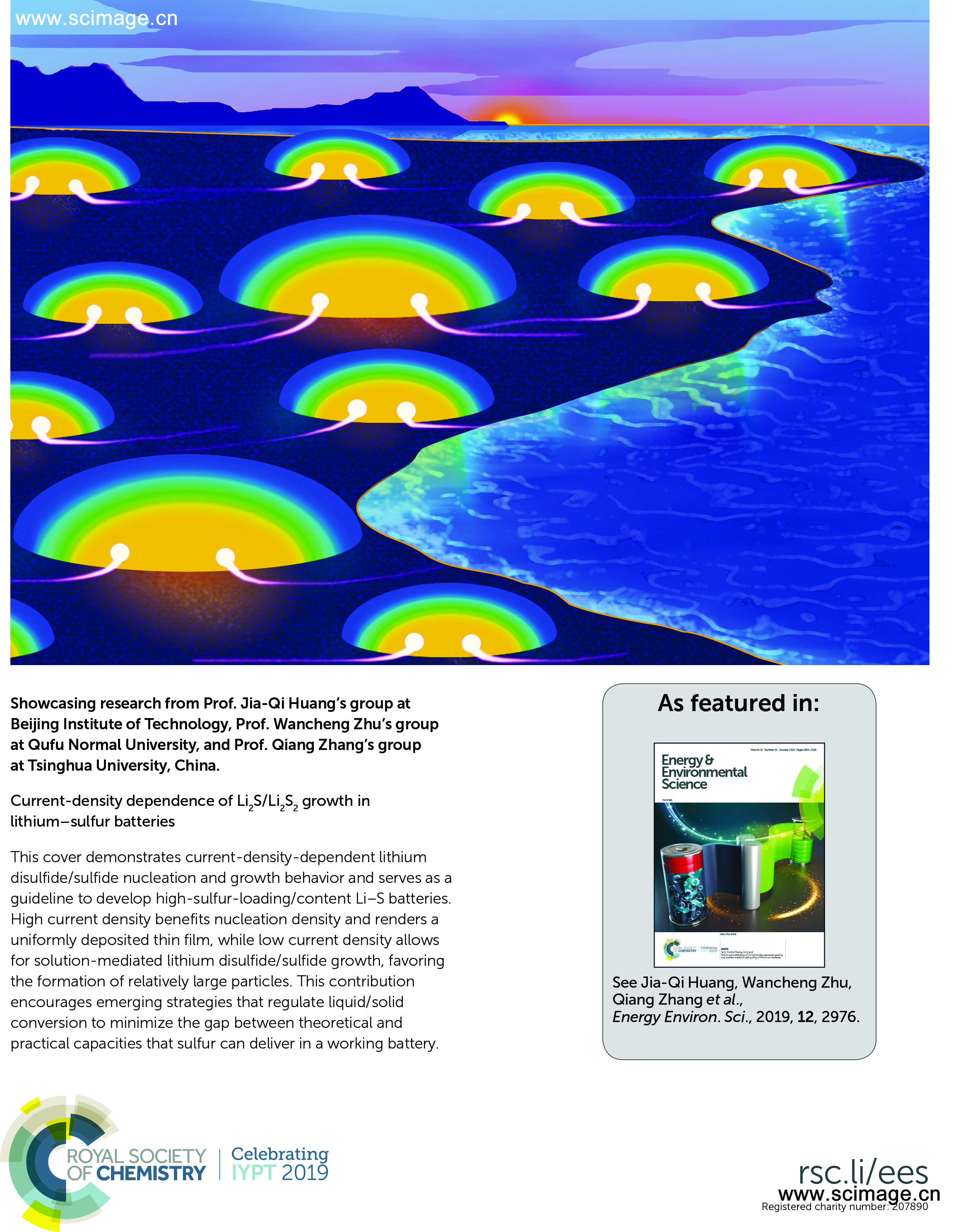 Lithium–sulfur (Li–S) batteries with a high theoretical energy density based on multi-electron redox reactions were strongly considered. The lithium disulfide/sulfide (Li2S2/Li2S, denoted as Li2S1/2) precipitation is critical to achieve high sulfur utilization. However, the kinetic effect on Li2S1/2 precipitation in a working battery has been rarely investigated. Herein, the current-density-dependent Li2S1/2 nucleation/growth was explored and such a dependence served as the guiding principle for the construction of high-sulfur-loading/content Li–S batteries. Generally, the Li2S1/2 nucleation density is proportional to two-third the power of the current density and the shift from a high to low current density alters the Li2S1/2 precipitation pathway from surface deposition to solution-mediated growth. The in-solution growth rate was found to be restricted by the mobilities of polysulfide intermediates and Li2S1/2 in conventional ether electrolytes. The rationalized guideline directed the design of a lightweight, high-surface-area, and open-pore conductive framework for sulfur cathodes, which enabled an extremely high sulfur content of 93.4 wt% in the whole electrode and a high capacity (1269 mA h g−1). The present work affords a kinetic understanding of the liquid–solid conversion in working Li–S batteries and optimization schemes for practical operation parameters.