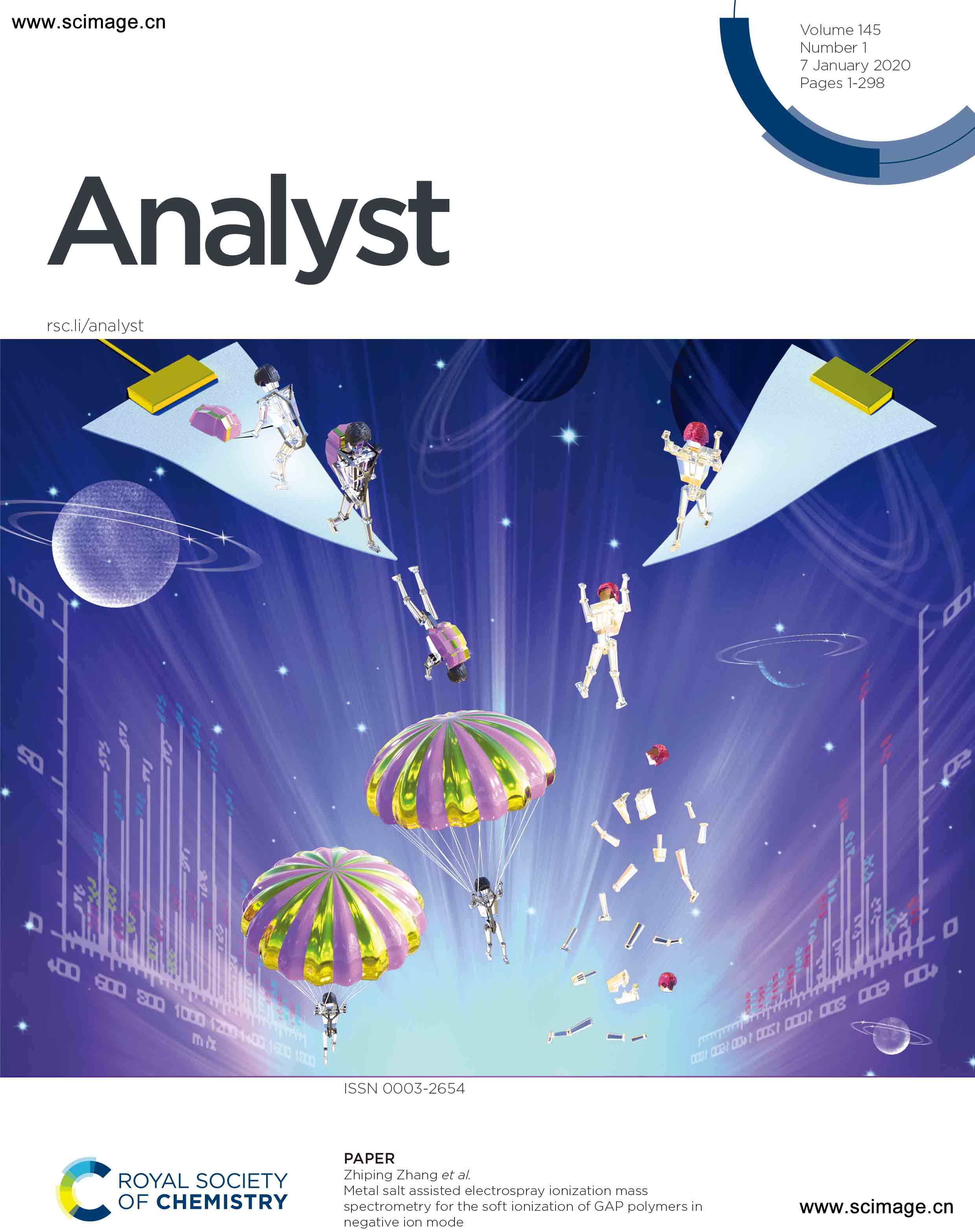 Glycidyl azide polymers (GAP) are one of the most important energetic polymers, but it is still a challenge to elucidate their structures using mass spectrometry due to their fragility upon ionization. Herein we developed a soft metal salt assisted electrospray ionization (MSAESI) to characterize directly GAP polymers using mass spectrometry. This technique combines paper spray ionization and the complexing effect of anions from metal salts with GAP in the negative ion mode to softly ionize GAP polymers prior to mass spectrometry analysis. The effects of experimental parameters (e.g., ion mode, applied voltage, and type and concentration of metal salts) have been investigated in detail. In contrast to the positive ion mode, a softer ionization was observed for GAP polymers when the negative ion mode was applied. The radius and average charge of cations and anions in metal salts were found to play crucial roles in determining the performance of the MSAESI analysis of GAP. For a given charge number, a smaller radius of cations favored the soft ionization of GAP polymers (e.g., Na+ > K+ > Rb+), whereas a larger radius of anions led to a preferred performance (e.g., F− < Cl− < Br− < I−) due to variation in dissolution ability. For anions with multiple charges, the ones with fewer charges gave a more favorable ionization to the GAP sample because of their better complexing to GAP molecules than those with more charges in the structure of anions (e.g., NO3− > SO42− > PO43−). According to the experimental observation and evidence from mass spectrometry, we proposed the plausible electrospray mechanisms of MSAESI for GAP analysis with the involvement of metal salts. Moreover, the developed protocol has been applied successfully to the analysis of various GAP samples, and works for other types of sources such as nanoelectrospray ionization.