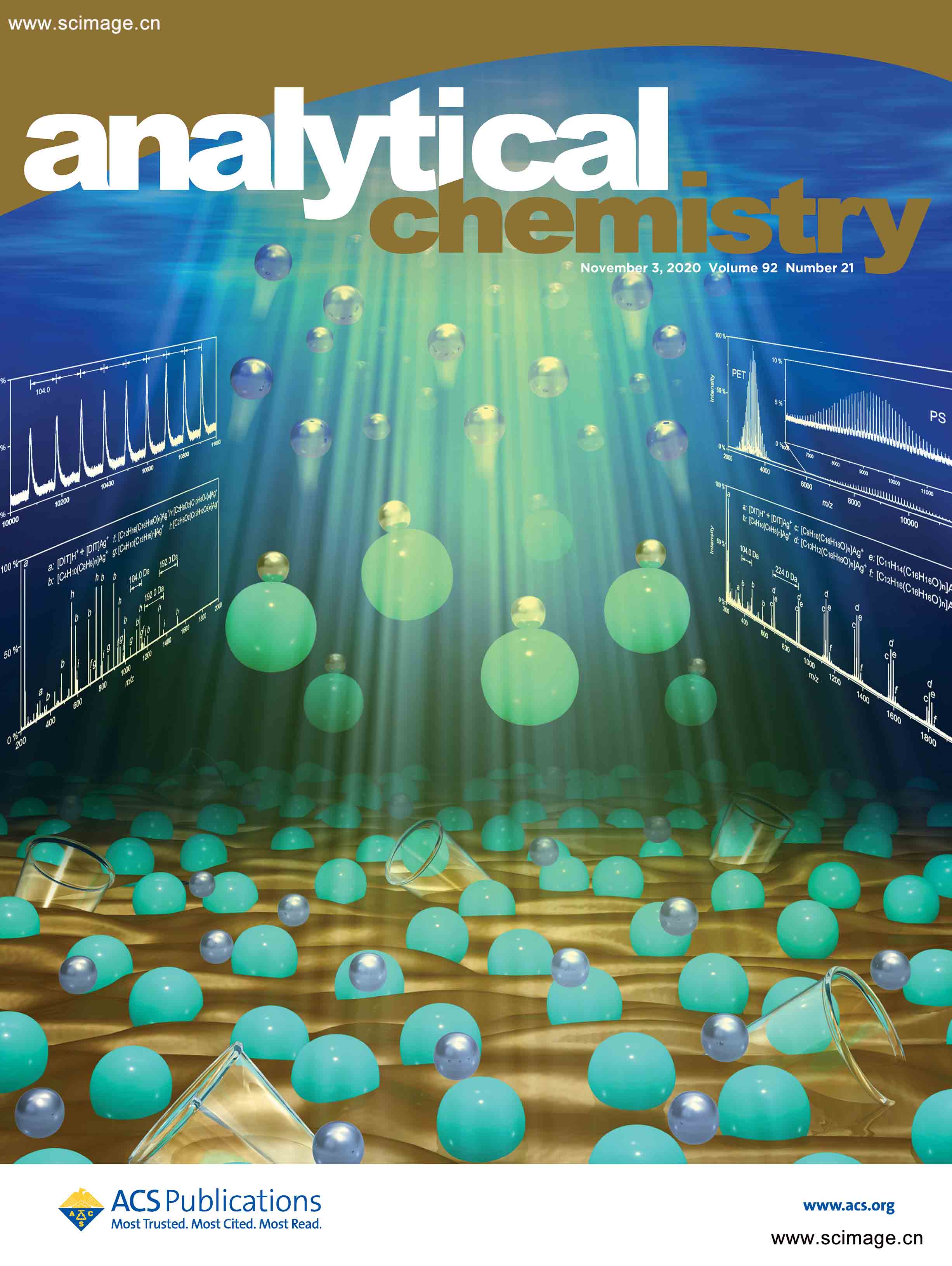 Micro(nano)plastics (MNPs) are widely acknowledged as global environmental threat while determination methods for MNPs are still lacking and becoming a growing concern. This study provides a novel method for MNPs identification/quantification by matrix-assisted laser desorption/ionization–time-of-flight mass spectrometry (MALDI–TOF MS). Factors affecting the measurement were optimized, including laser energy, matrix (M), analyte (A), cationization agent (C), and MAC volume ratio. Under the optimal conditions, the peaks representative of polystyrene (PS) and polyethylene terephthalate (PET) were identified, and the mass differences were consistent with the molecular weight of the corresponding oligomer. A quantitative correlation was built between normalized signal intensity and ln[polymer concentration] with a correlation coefficient above 0.96 for low-molecular-weight polymers and 0.98 for high-molecular-weight polymers. Furthermore, two types of environmental MNP samples were prepared, including aviation cup particles as fresh plastics and aged MNPs extracted from river sediment. By using MALDI–TOF MS, the PS-related MNPs (in both aviation cup and sediment) consisted of C8H8 and C16H16O oligomers, while the PET-related MNPs (only found in sediment) were identified with repeated units of C10H8O4 and C12H12O4. According to the quantitative correlation curve, the contents of PS and PET MNPs were quantified as 8.56 ± 0.04 and 28.71 ± 0.20 mg·kg–1, respectively, in the collected sediment. This study is the first attempt to propose a quantification method with the employment of MALDI–TOF MS for aged MNPs analysis in environmental samples, which can not only supply an effective method for MNP analysis but also inspire future studies on the in situ distribution and transformation of MNPs in environmental and biological samples.