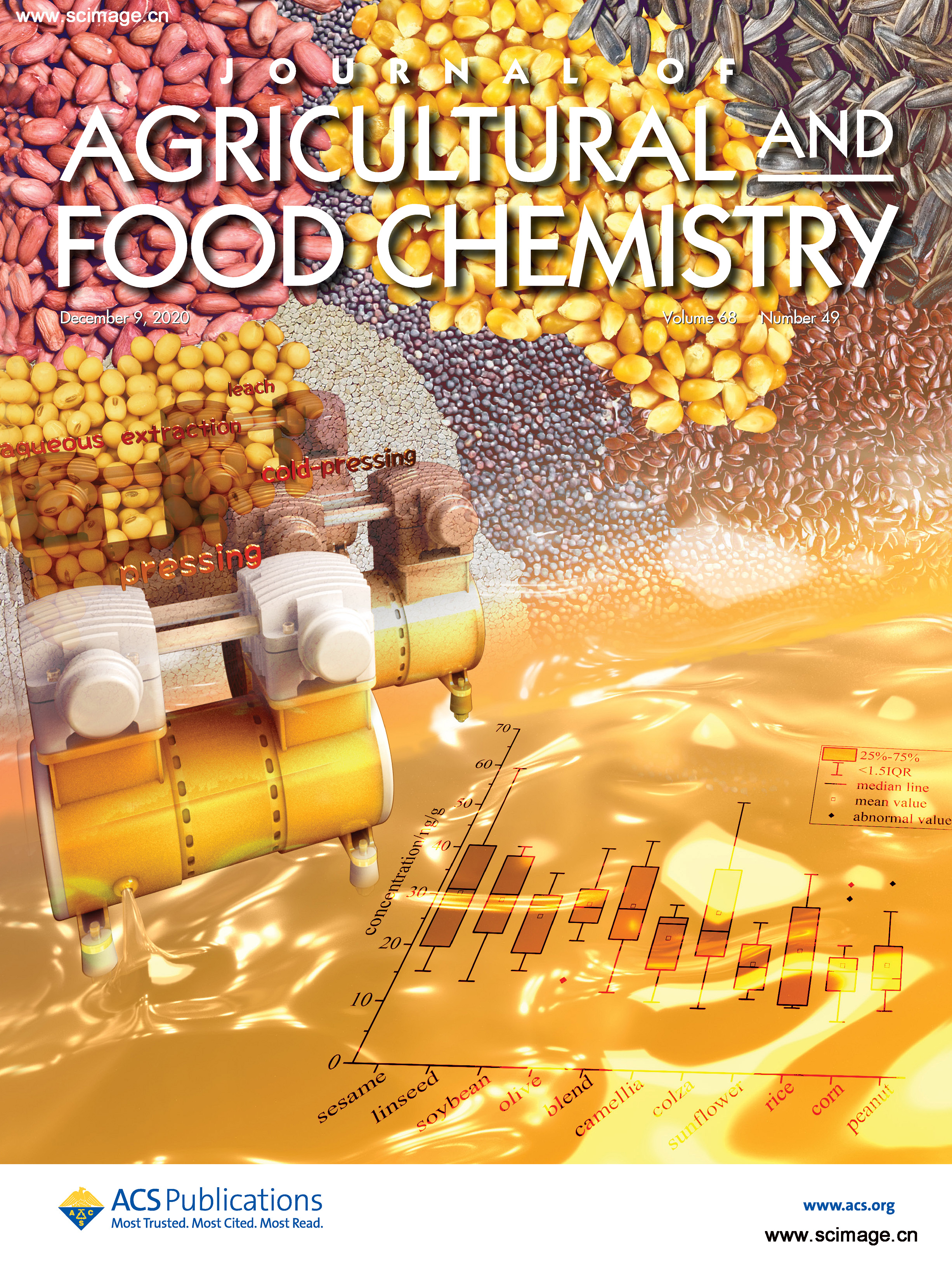 Journal of Agricultural and Food Chemistry

rganochlorine pesticides (OCPs), chemicals frequently used in agriculture, are a group of highly toxic and persistent organic pollutants. This study assesses the distribution and congener profiles of residual OCPs in 11 types of vegetable oils collected from Chinese markets. All samples were extracted using the modified QuEChERS method prior to analysis by gas chromatography–triple quadrupole mass spectrometry. The sesame oil samples had the highest concentration of OCPs, within the range of 15.30–59.38 ng/g, whereas the peanut oil samples had the lowest OCP concentrations, within the range of 10.83–35.65 ng/g. The possible effect of the processing technology on the pesticide residues in these vegetable oils was also evaluated. It was found that the pressing method leaves more OCPs in vegetable oils than the aqueous extraction and cold-pressing, but the result for leaching was not obvious. In light of the obtained results, it was estimated that the average daily intake of different pesticides is between 0.01 and 2.20 ng/kg bw/day for urban and rural households. Hence, it can be affirmed that, given the amount of the concentration of OCPs detected in the vegetable oils collected from Chinese markets, there are no obvious health risks for urban and rural households by intake.