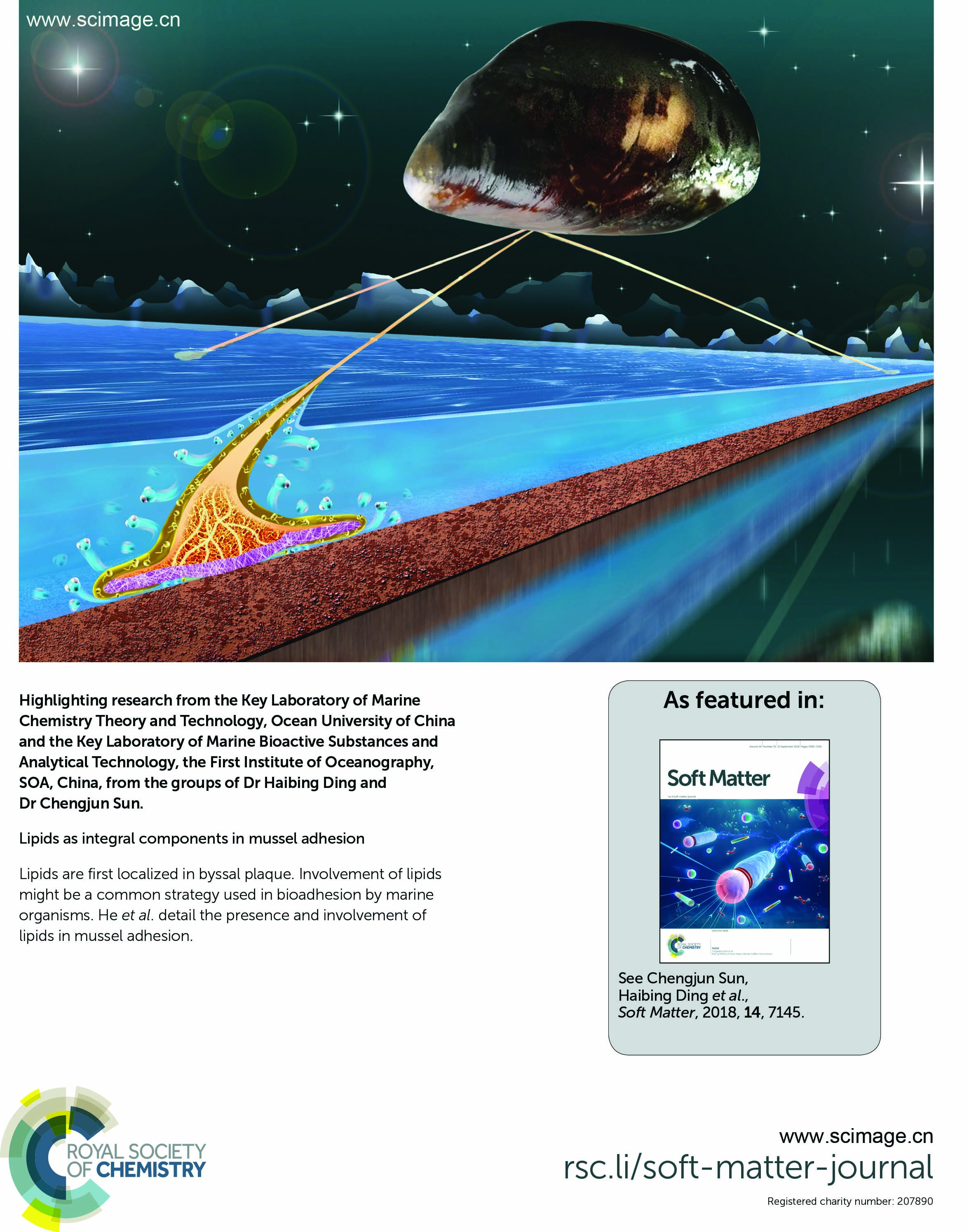 Lipids are fundamental components of cells in organisms. Recent studies reveal that lipids are also present in cell-free bioadhesives. Examples include barnacle cement, sea star footprints, hairy and smooth pads of insects and gecko setae. Whether reliance on lipids is universal in bioadhesion is not known. In the present study, we demonstrated, for the first time, the involvement of lipids in mussel adhesion. We extracted, identified and localized lipids in the byssal threads. The lipids were confirmed as fatty acids by gas chromatograpy mass spectrometry. δ13C measurements of the fatty acids in the byssus were also conducted. Results show that byssal fatty acids, with concentrations ranging from 1.10–2.51 mg g−1 by thread dry weight depending on the mussel species, are localized both on the surface of and inside the byssal thread and plaque. Over half of the fatty acids were loosely attached to the surface while a small portion were tightly bound to the byssus. Most of the surface fatty acids disappear within a week of thread deposition. δ13C values of byssal fatty acids show isotope fractionation suggesting that thread fatty acids are derived from the foot. It is possible that fatty acids are key players in expelling water and preparing the substrate surface for adhesion. Using lipids in the adhesion process might be a common strategy for organisms in need of temporary or permanent attachment. The process of lipid participation may be as important as adhesive components for developing more efficient man-made glues.